Why Streaming Is the Future of In-Banner Video Ad Serving

Video advertising has undeniably exploded over the last couple of decades. It started with TV and has moved on to penetrate virtually all digital media outlets. Online, Youtube, Social, Outstream, OTT and Out-of-Home. Everyone seems to be moving towards video, and the numbers show it. As an example, digital video ad spend in the US is projected to grow by over 43% from 15.8bn USD in 2018 to 22.18bn USD in 2021.

As an effect, video ad inventory has started to become increasingly expensive. Naturally, advertisers have been on the lookout for more cost-efficient video reach. In their search, they have found an opportunity in distributing video ads in regular display ad units - so called In-Banner Video (IBV) ads - either programmatically or through direct bookings with publishers. In addition to the extended video reach at a relatively low cost compared to other channels, these ads typically perform better than regular static banners - making it an attractive format for both branding and performance campaigns.

However, a problem that has arisen from this development is that the technology currently used in the industry for serving IBV ads is inefficient and based on legacy technologies. Therefore, it can take several seconds for an IBV ad to load and start playing when an ad unit comes in screen for the user. The result? Users just see a white ad space and skip past it. Not money well spent for the advertiser, since they still pay for this ad impression. 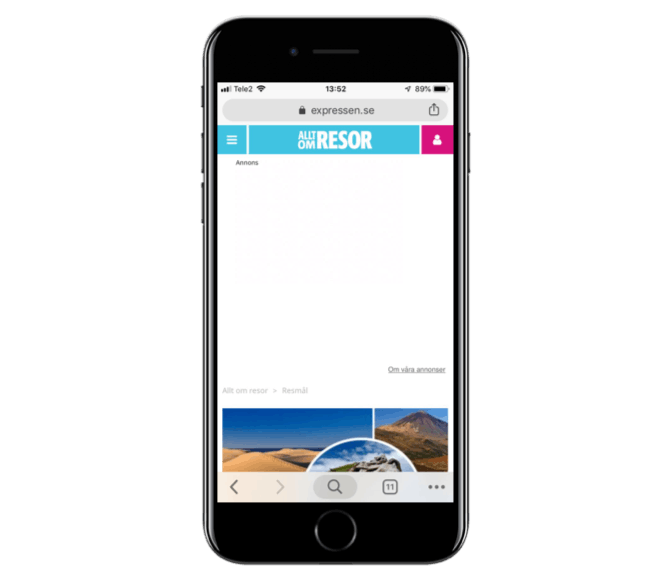 Figure 1. Empty ad unit, due to a slow-loading creative.

If the video actually starts playing, the quality is typically lacklustre, as legacy technologies limit video file sizes to around 1-2 MB (and therefore requires heavy video compression) to facilitate the progressive download of the video, worsening the user experience further.

As Ross Benes outlines in his article on eMarketer online streaming services such as Netflix and Youtube have faced similar challenges with loading times of video in the past. This problem is undoubtedly of high importance to them as Adobe’s 2018 Consumer Content Survey showed that over 50% of over a thousand surveyed US adults will stop viewing a piece of content all together if it takes too long to load. Not good for engagement. Not good for business.

Their solution? A technology called “adaptive streaming”. This allows video distributors to create multiple files for the same piece of content, with each file optimized for a certain type of device, software and connection speed.

For example, a user on an older mobile device with a spotty bandwidth connection cannot handle the same amount of information as a user on a new computer and a high speed fiber connection. If an advertiser doesn’t use adaptive streaming, both users will get served the same file, resulting in a significant delay in loading time for the mobile user. But if the advertiser uses adaptive streaming, the mobile user will receive a file optimized for that device, software and connection, which will speed up loading, Ross Benes further explains in his article.

As a result, mobile viewers with poor connections don’t have to wait for the video to load. For those plugged into high-speed internet, a higher resolution alternative is played.

At SeenThis, we have also developed an adaptive streaming technology, and applied it to stream video ads into display ad units, to solve the quality and loading problems surrounding IBV ads. 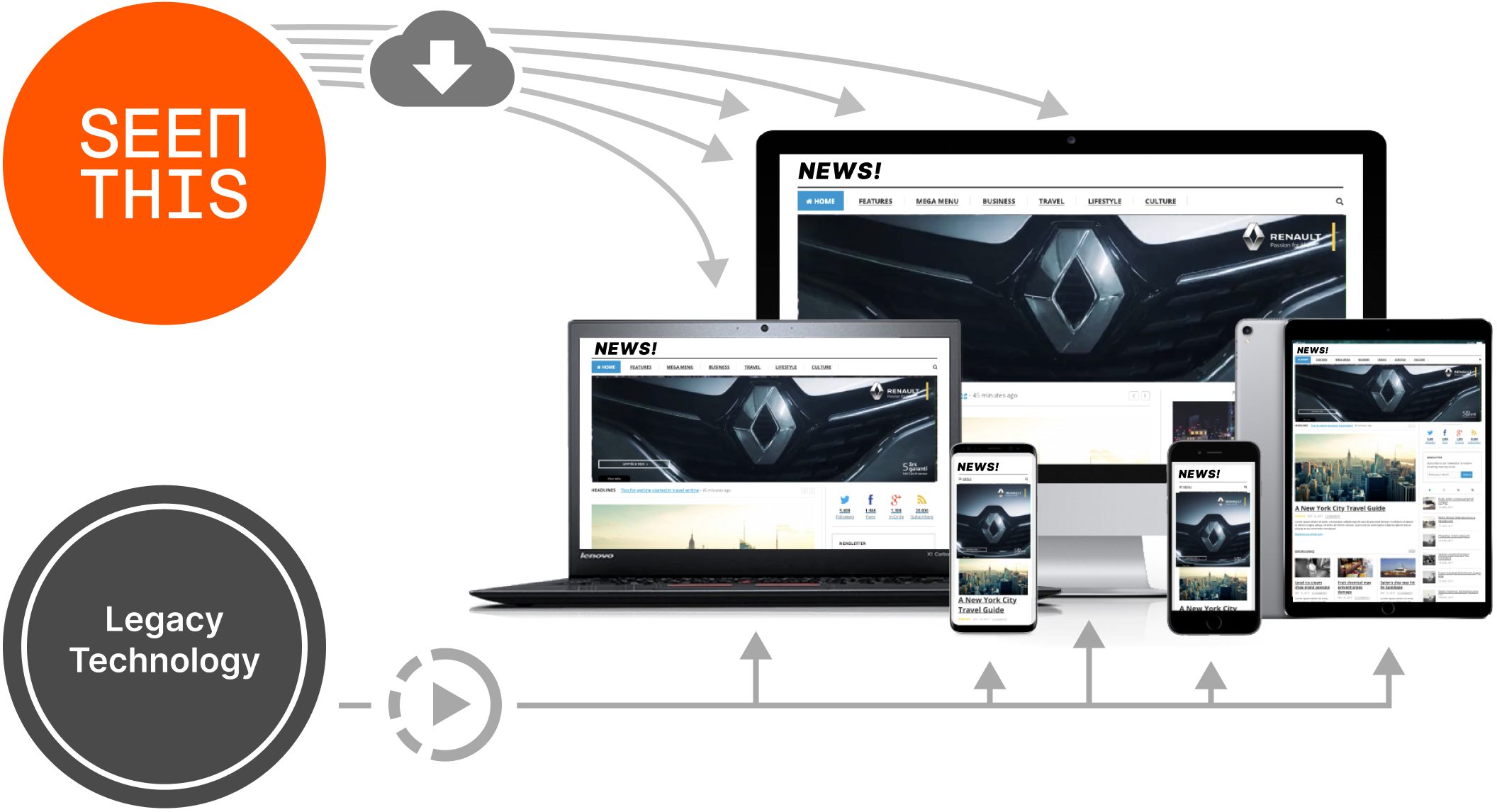 Figure 2 Illustration of the difference between SeenThis adaptive streaming and legacy technologies. SeenThis streams adapted content for every hardware/software combination, while legacy technologies generally send the exact same content to every user.

As a result, advertisers are no longer limited by file size restrictions and do not need to compress the quality of their video ads. SeenThis’ technology divides high quality video files of any size into several smaller data packets, adapts them to the user’s connection, software and device, and streams them into the ad unit when it comes in screen. Notably, only the data the user actually consumes is streamed, as the video pauses when the ad unit goes out of screen.

With streaming, the video ad starts playing within milliseconds after the ad unit comes in screen, since only the first small data packet needs to stream for it to start. There is no longer any issue of long load times and no more white ad spaces. More videos are viewed by your customers and that means better bang for your advertising buck.

Compared to legacy technologies, the effect of using SeenThis Adaptive Streaming for IBV ads is staggering. In Example A below you can see an example of how SeenThis’ technology enables an advertiser to reach a higher percentage of video starts in relation to the impressions bought, as the videos simply load and starts faster when in screen. These numbers are based on average metrics we have seen when comparing SeenThis adaptive streaming to legacy technologies.

Example B shows how an advertiser, as a result of using SeenThis technology, would need to buy 17 million impressions less to achieve the same number of video starts and clicks (given the same performance difference as in Example A).

Figure 3. Example A (on the left) shows how adaptive streaming results in more video starts for advertisers and Example B (on the right) highlights the number of impressions needed to generate 25 million video starts with each technology.

The table below summarizes the financial implications and effects on performance. If you assume an average CPM of 4€ for the ad placements, using SeenThis instead of a legacy technology would result in a cost saving of 33% or 66,667 Euro - a pretty significant saving for loading your video ads faster!

Also, if you take another look at Example B above, and you agree that you can only get clicks on videos that are actually shown, you could raise your CTR with 50% by using adaptive streaming, since you would require less impressions to achieve the same amount of video starts and clicks.

Figure 4. The financial implications and effects of performance for both technologies.

In addition, the effects mentioned above will also result in a reduction of Cost Per View and Cost Per Click by 33.3% respectively. Pretty nice, right?

I think by now, the case is pretty clear why adaptive streaming is the future for In-Banner Video ad serving. If you have any questions, feel free to reach out to me at tobias@seenthis.io and we’ll talk streaming all day long.

SeenThis Has Transformed – Here Is Why

We have a new brand new look! And it is not just a cosmetic change. If you look at the transformation we have... Read more.

Extend Your Video Reach With SeenThis

Are you interested in learning how you can extend the reach of your video assets in a more cost-effective way?... Read more.

Optimize Your Video In Display with SeenThis

If you are using video in display, chances are you suffer from long load times and poor quality ads, reducing the... Read more.